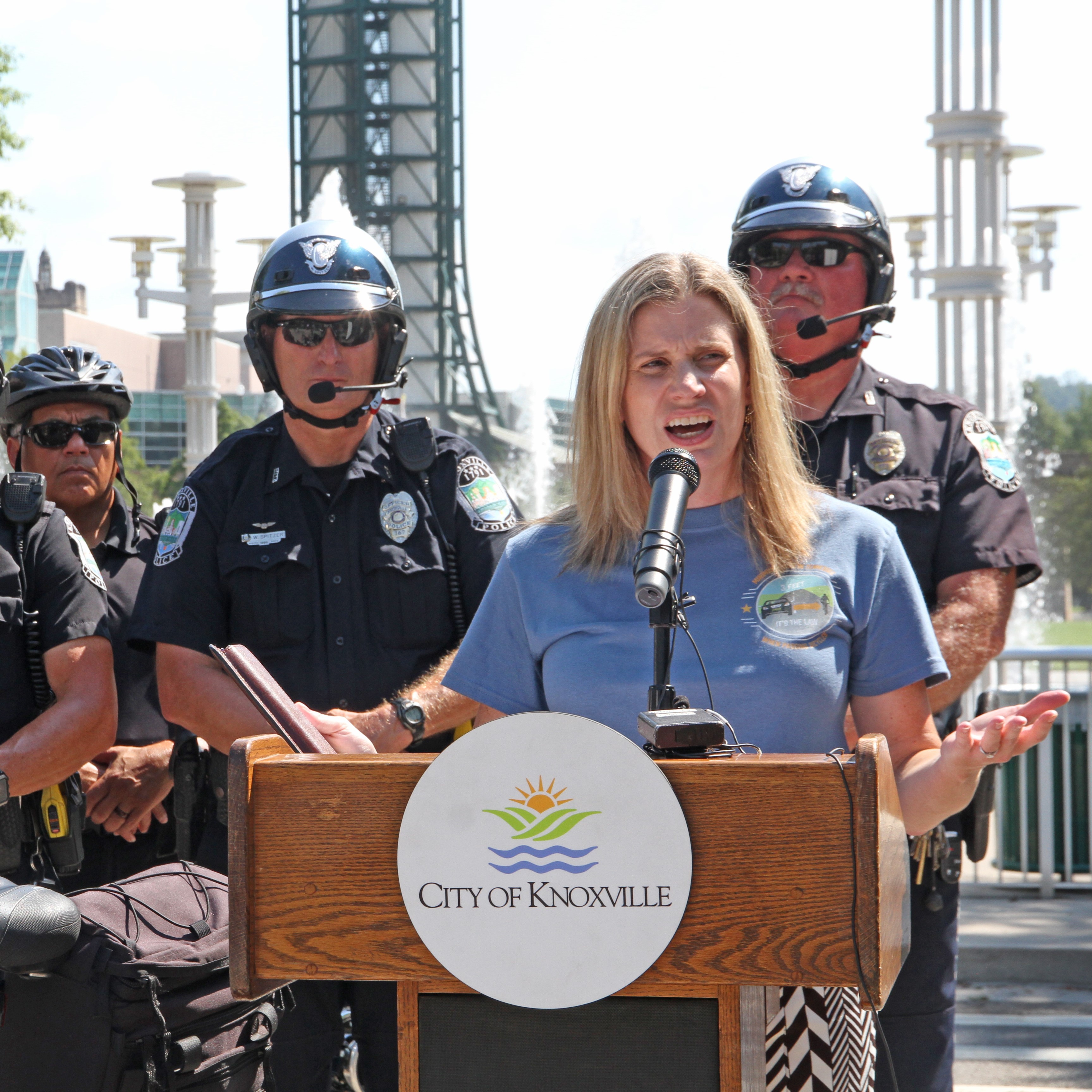 Advocacy is one of three sub-committees of the Bike Walk Knoxville Advisory Committee.  The advocacy sub-committee is well versed in policy, legislation, and funding for all aspects of biking and walking at the federal, state and local level, ensuring that Bike Walk Knoxville staff and volunteers are kept up to date on these issues.  Bike Walk Knoxville and Bike Walk Tennessee are members of the League of American Bicyclists, the leading national organization advocating for people who bike and partnering with walking organizations that have similar missions and goals.

Amy Benner Johnson, Chair
Amy Benner Johnson is a Knoxville native, a founder and a past president of Bike Walk Knoxville, serves on the board of Bike Walk Tennessee, and represents cyclists as the Bike Law Network attorney for the state of Tennessee. Amy began her work as a vulnerable roadway user advocate in Knoxville in 2012, but first became a bike commuter, and was able to live car free in Washington D.C. from 2005-2007. Amy is also a recreational cyclist.

As the chair of the Bike Walk Knoxville advocacy committee, Amy works on a broad range of topics, including but not limited to local, state, and national legislative developments, law enforcement relations, equity, accessibility, and community engagement.

In 2018, Amy worked with contractors from the National Highway Traffic Safety Administration, the Knoxville Police Department, and the City of Knoxville, to bring a federally funded safe-passing study to Knoxville, and presented on the technology used as a part of this study at the 2018 National Bike Summit. If you have an idea for an advocacy project, email Amy at amy@tnbicyclelaw.com.