3/24/20
Bike Walk Knoxville asked you to complete a survey about bicycle/pedestrian collisions and near-misses on February 27th on our social media, website, and email communications. The survey was quickly overwhelmed by the news of the pandemic, so responses were understandably low. But we did hear from more than 50 people about 37 separate incidents (some respondents reported no incidents).

By comparison, when we did the same survey 1 year ago, we heard about more than 160 incidents.

Of the 3 crashes reported, 2 involved serious injuries and were reported to the police. The other crash was a minor injury and was not reported.

Almost all of the incidents occurred in Knox County, with one in Blount County and another in Sevier County.

Respondents provided additional details about the incidents, including the closest intersection and some specifics about what occurred. Many accounts describe driver inattention due to use of phones while driving. Staff from the Knoxville Regional TPO will review the details and share them with local engineering and law enforcement staff so that they're aware of locations where changes to street design and/or enforcement may be needed. All information about respondents will be kept confidential.

TPO staff will also randomly select respondents for prizes and contact the winners via email.

Thanks to everyone who responded!

Thousands came out to enjoy a beautiful afternoon walking, biking, dancing, skating, etc. in the streets.  To see pictures of the event, go to the Open Streets website.  Plans are underway for two Open Streets in 2017 on new routes.  Open Streets Knoxville is hosted by Bike Walk Knoxville with support from the City of Knoxville, Knoxville Regional TPO/I Bike KNX, Visit Knoxville, Knox County and numerous other wonderful sponsors.

Bike Walk Knoxville has finalized the route, which will start on Sutherland Ave. at Forest Heights Rd, head west to Cemetery Rd., crossing over Kingston Pike on Mohican Rd and including all of the Homburg area.  We are seeking sponsors, activity providers and volunteers for this active, fun event that drew 6000 attendees at the May 15th event.  Interested businesses and individuals can contact Linda Gray, Open Streets Knoxville coordinator, at [email protected].

Bike Walk Knoxville Presents the 4th Annual Bike Ride with Elected Officials on Tuesday, April 19th at 6pm.  The route will tour around South Knoxville with a post-ride gathering at Alliance Brewery for food and drink. Join the Facebook event for updates here. Thanks to our sponsors for their support!

Save the Date - Sunday May 15th, 1-6pm; Open Streets Knoxville will return to North Knox.

BWK is seeking sponsors and activity partners to make this day evening bigger and better than the first Open Streets initiative! To inquire email: [email protected].

BWK has hired an OSK coordinator, Linda Gray, who will be working with partners including City of Knoxville, Knoxville Region TPO, Knox County, Visit Knoxville and other agencies to program Open Streets Knoxville 2016.

Congrats to the Winners of the AAA Travel Package!

Become a supporter of Bike Walk Knoxville so that we can keep bringing Open Streets to our community!!

Representatives from Bike Walk Knoxville attend the National Bike Summit yearly in Washington DC.  Bike Walk Tennessee organizes the Tennessee delegation’s meetings with our Congressional representatives, senators and their staff.  Over the past few years, Tennessee has had one of the largest delegations at the Summit with over 20 individuals from across the state devoting their time to advocate for federal support of safe, inclusive bike and pedestrian funding. 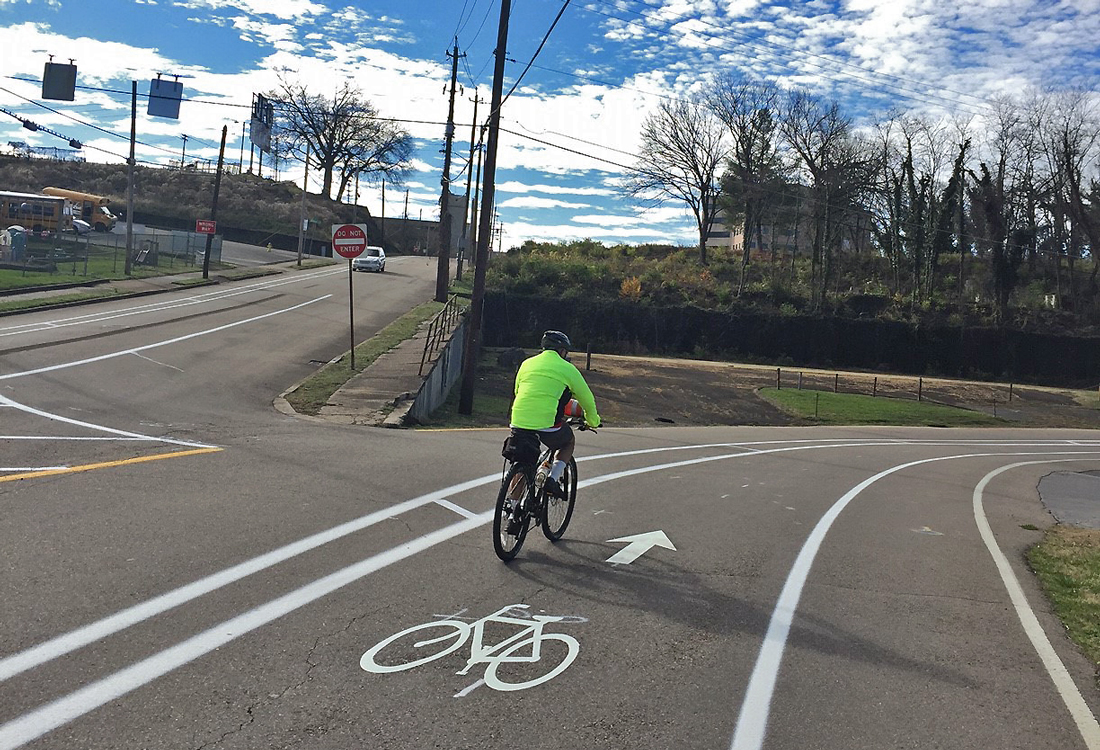 In mid December bike lanes were added to the Gay Street Bridge and on Sevier Avenue from Blount Avenue to Dixie Street. Part of these new bike lanes are buffered for improved riding conditions for cyclists. See the original article here.

The promotion deadline has been extended. Join Bike Walk Knoxville between now and January 31st, 2016, and be entered to have a chance to win one of two $500 prizes! Winners will receive $500 to spend on a vacation planned by AAA. Thanks to AAA for their generous donation. To enter the raffle, go to https://bwknoxbikewalktn.nationbuilder.com/donate and join the Bike Walk Knoxville team for just $35.

Join Bike Walk Knoxville in November & Enter to Win $500 Towards a AAA Vacation!

Join Bike Walk Knoxville between now and November 30th and be entered to have a chance to win one of two $500 prizes! Winners will receive $500 to spend on a vacation planned by AAA. Thanks to AAA for their generous donation. To enter the raffle, go to https://bwknoxbikewalktn.nationbuilder.com/donate and join the Bike Walk Knoxville team for just $35

We will continue to add updates as projects move forward. Onward and upward!

Bike Walk Knoxville is proud to announce the first Open Streets Knoxville will be held on Sunday, October 25, 2015 from 1-4pm. The 1 mile car-free route will connect Old City, Emory Place, and Happy Holler. During Open Streets people of all ages and abilities will be able to freely walk, bike, run, skate, hula hoop and zumba without the dangers of motorized traffic.

Open Streets Knoxville is modeled after more than a hundred other similar initiatives in North America, Europe and Latin America, as a way of strengthening communities and getting people outside.These events all have one thing in common: long stretches of roadways are closed to traffic and opened up to the people to promote physical activity and community interaction.

This community event is free and open to everyone. There will be local businesses, organizations, artists, performers, and food vendors to add to the day’s festivities. 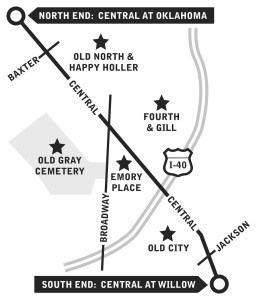 To learn more about Open Streets projects happening around the nation follow the link to the Open Streets Project’s website: 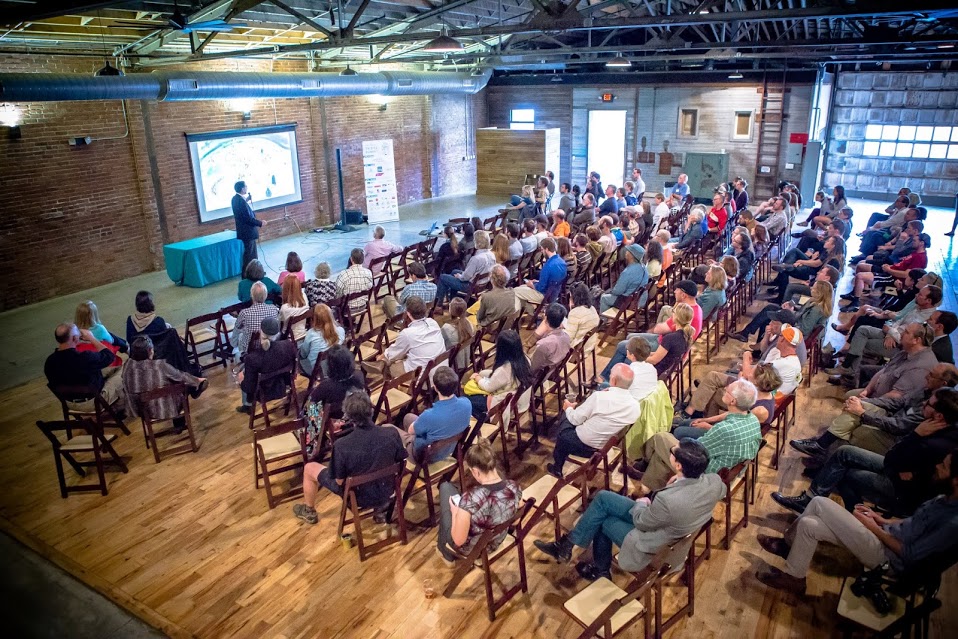 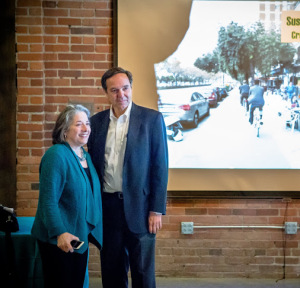 The summit also featured internationally renowned speakers from across the U.S. The keynote speaker, Gil Penalosa, founded 8-80 Cities, a non-profit organization dedicated to inspiring communities to become healthier and more sustainable through parks and complete streets. The name 8-80 Cities comes from the idea that anyone between the ages of 8 and 80 should be able to cross the street unassisted without fear of being struck by an oncoming vehicle. Gil also used to be the former Commissioner of Parks, Sport, and Recreation for the city of Bogota, Colombia, where he spearheaded the Ciclovia program. The Ciclovia is a weekly Sunday event where 121 kilometers of roads in Bogota close so that people may freely bike, skate, walk, or run. 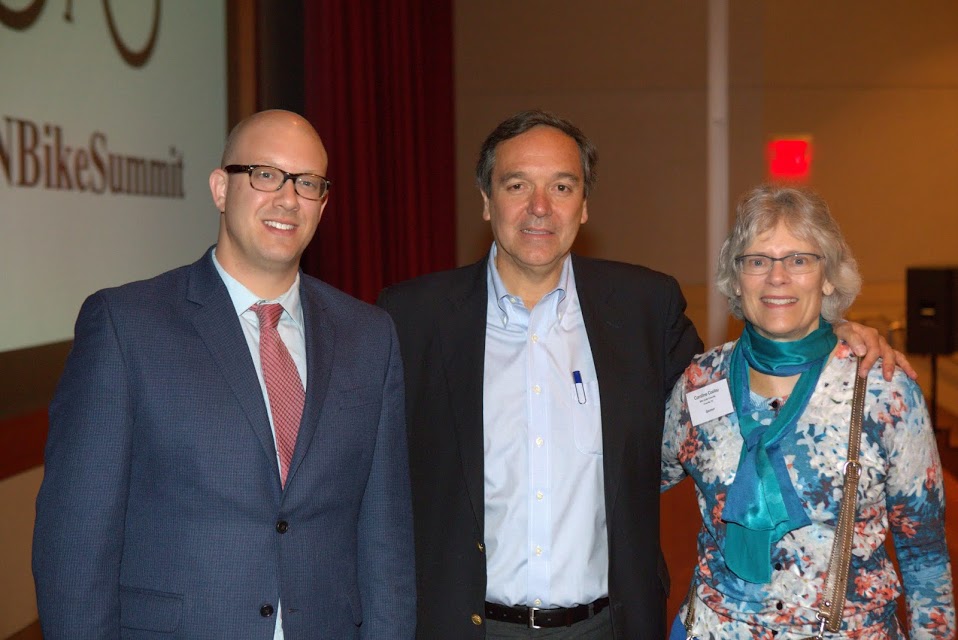 Gil spoke both at the bike summit and at the summit reception at the Standard, which was a free event open to the public. Presenting to a packed audience, a notable attendee of his talk was Mayor Madeline Rogero, who also gave a short speech showing her support of Gil Penalosa’s message and of making Knoxville a more walkable, bikeable place in which to live.

If you would like to learn more about the TN Bike Summit here is the link to the event’s website:

The Knoxville City Council unanimously passed on second and final reading a Complete Streets Ordinance. The ordinance requires that city street retro-fit and new road projects incorporate Complete Streets policies. Complete Streets are streets designed for all users including pedestrians, bicyclists, transit users, and motorists. They are safe, comfortable and convenient for everyone. Bike Walk Knoxville has advocated for this ordinance and we thank Mayor Rogero and her administration as well as City Council for their support in development and passage of this ordinance. The city has been incorporating Complete Streets principles in their projects; the ordinance now institutionalizes these policies. Bike Walk Knoxville looks forward to continued progress in implementation of policies that assure safe roadways for everyone. 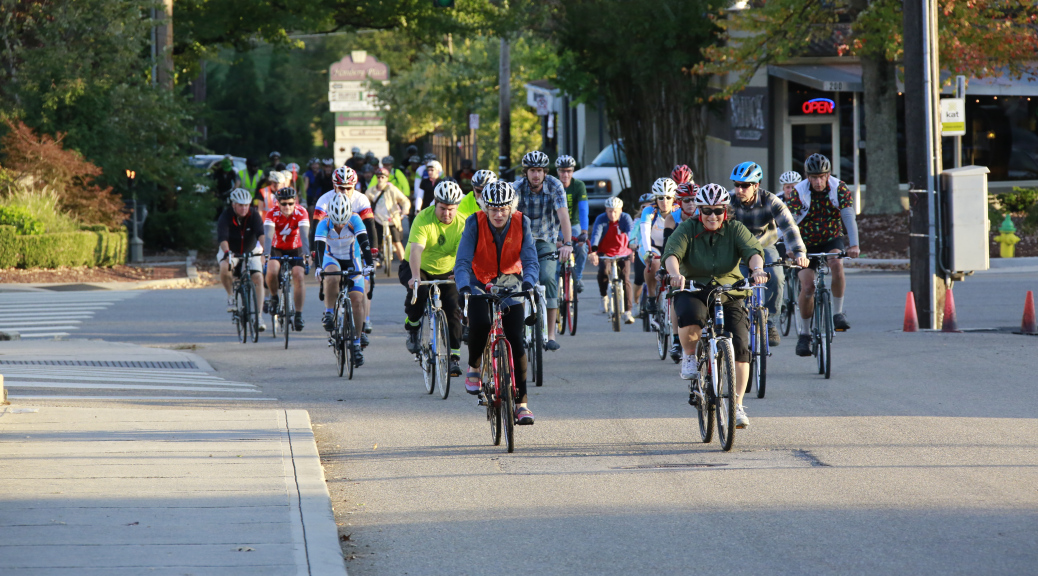 About 100 cyclists participated, including Knoxville Mayor Rogero and Councilors Campen, Pavlis, Wallace, and Saunders. Councilors Brown and Stair joined the reception at Bike Zoo after the ride. Riders and others who did not ride enjoyed the reception sponsored by Bike Zoo, Ruth’s Chris Steakhouse, Eagle Distributing, and Hillside Winery.

More photos from this event can be viewed on our Facebook page. 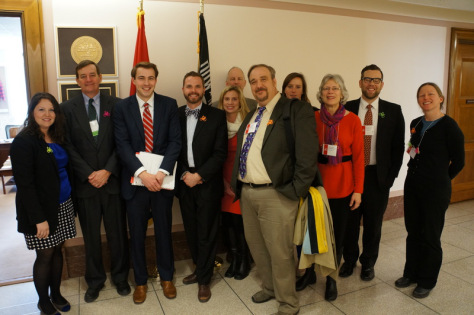 Four members of Bike Walk Knoxville, Amy Benner, Caroline Cooley, Amanda Opolski, and Diane Reynolds, attended the National Bike Summit in Washington, D.C. March 3-6. The snow did not keep us or others away.  Everyone learned something new and enjoyed networking with advocates around the country. Our Tennessee delegation had a good day on Capitol Hill, meeting with our legislators and staff. The Bike Walk Knoxville group met with Congressman Duncan. He expressed willingness to support legislation, HR 3494/S 1708, that would “institute a non-motorized safety performance measure that would help eliminate” needless bicycle and pedestrian fatalities.

Bike Walk Knoxville board members gave an hour-long presentation to Knoxville City Council members regarding the need for complete streets.  Bike Walk Knoxville and the Knox City Council members would like to see stronger regulations to allow for “complete street” design in Knoxville.  In August of 2009, the city passed a resolution endorsing a “complete streets” policy. To move this issue forward, City Council member, Mark Campen, has taken the lead advocating for the City to pass a binding ordinance for a Complete Streets policy. “I’m super supportive of it,” Campen said. “I’d like to see us come forward with something in the next few months … something that will promote bike and pedestrian travel in Knoxville.”

Complete streets are built to accommodate all forms of travel, not just vehicles and it includes better policies for planning for growth, increased safety on the roads and a healthier community that’s encouraged to walk or use bicycles.  “Simply (put), a complete street is for everyone, no matter who they are or how they travel — pedestrians, bicyclists, motorists and public transit users, as well as motorists and buses and trucks. It’s for all ages and all abilities,” said Caroline Cooley, president of Bike Walk Knoxville.

Bill Lyons, deputy mayor and chief policy officer, said past and current redevelopment projects have included considerations for complete streets. “This is something that Mayor Rogero is totally committed to and it’s probably our top priority in all of our redevelopment (policies) and any place possible as we move forward,” he said.

To read the article in the Knox News Sentinel click here

Bike Walk Knoxville has received a technical assistance award from the Safe Routes to School National Partnership’s Voices for Healthy Kids: Active Places campaign. The partnership works to engage, organize, and mobilize people to advance policies that support healthy community design, shared use, and street-scale policies in underserved communities and schools. The Voices for Healthy Kids: Active Places campaign is funded by the Robert Wood Johnson Foundation and the American Heart Association.

The overall goal of Bike Walk Knoxville’s campaign will be to push for the creation and implementation of an effective Complete Street Ordinance for the City of Knoxville and Knox County.  While Complete Streets Policies often focus on streets built or rebuilt through public investment, this campaign will also focus on passage of an ordinance requiring pedestrian and bicycle infrastructure as part of private-sector development and redevelopment.